How To Watch Your Favourite Show Luther Season 5 Online? 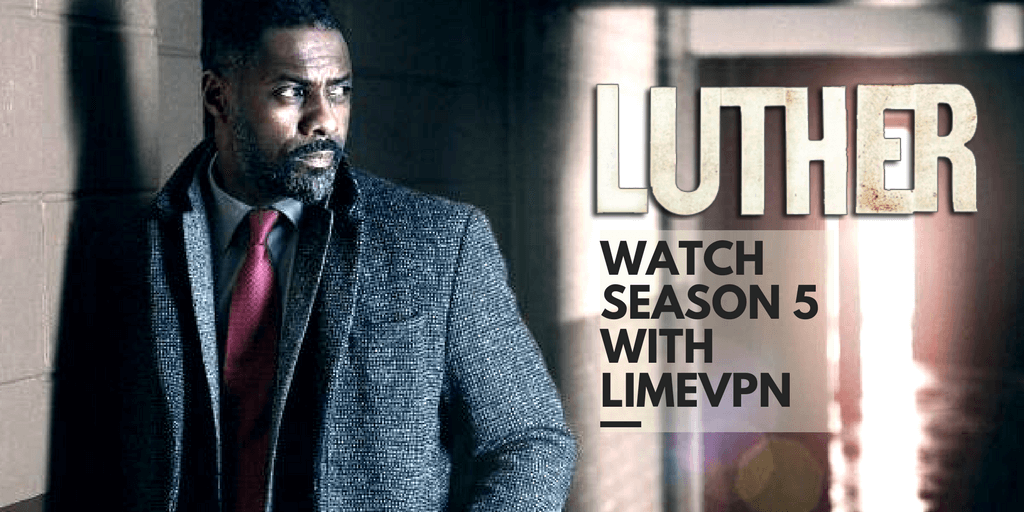 Admit it – you still have unanswered questions from the season four of Idris Elba’s Luther. And rightly so because season 4 only had two episodes. Two episodes of the crime-drama TV series will certainly leave you hanging, unsatisfied and wanting for more.

Unfinished business, unsolved problems, cliffhangers, and all those other things that keep you wanting for more of the BBC One series can finally be satisfied. This is because John Luther is officially back for season 5 after more than two years of hiatus.

This has been made clear by the show’s creator, Neil Cross, when he said in an interview, “What happened to John Luther after we last saw him striding unbowed through the streets of his city, his blood red London? It can’t be over, can it? There’s so much we don’t know. So much unfinished business.” And indeed, avid viewers of the series would really want to see how everything unfolds for Luther. Neil Cross has finished the script for season 5 as early as December last year.

When is the release date for Luther season 5?

Early this year – January 10 to be exact – the cast of Luther has finally started to film. Idris Elba posted a video on Twitter saying, “It’s good to be back in London, back in the coat. #Luther @BBCOne.” The tweet had garnered more than 30 thousand likes and thousands of mentions. People’s excitement about Luther season 5 is quite evident just looking at the response to that single tweet.

However, there is no definite air date yet. Season 4 of the TV series was released in December of 2015, while the first three seasons were aired in the middle of 2010, 2011, and 2013 respectively.

The release dates of the previous seasons don’t tell us a trend. The show’s creator did say that they are looking at an air date schedule late this year, so maybe it will be released in December like season four (not soon enough but better than not having season 5 at all).

By the way, Luther season five will have four episodes, and these will hopefully answer questions left from season 4. We are guessing though that these four episodes will also leave questions for its avid viewers.

How to Watch Luther Season 5?

Although BBC One has not yet confirmed a specific release date for Luther season 5, make sure you know where to watch Luther Season 5. It can be viewed on BBC One as well as online on Netflix. Well, this is the case if you are from “high-access” countries such as the United States and the United Kingdom.

What if you will be watching from somewhere else like, say, India? The show might be geo-blocked like so many US and UK shows, so when you access it from other countries you will see a message like this: “This content is not available in your country.” This can be frustrating, especially when you have been waiting so long to watch your favorite show.

The good news is that there is a solution. You can watch Luther season 5 with LimeVPN. In fact, you can watch almost any Netflix and BBC One shows if you subscribe to the VPN service

LimeVPN allows you to connect to a server that is located in the United Kingdom so that you will have a UK IP address. By masking your real IP with a UK IP address, you will be able to stream Luther season 5 online even when you are outside the high-access countries.

Are there Luther Season 5 Spoilers?

There are not many leaks in terms of storylines. We would love to know what John Luther will be up to this season, but at the same time, we don’t want the specifics. This is the irony when it comes to your favorite shows, right? The following description just wants us to watch season 5 already:

“As a series of monstrous killings becomes ever more audacious, Luther and new recruit D.S. Catherine Halliday are confounded by a tangle of leads and misdirection that seems designed to protect an unspeakable horror. But, even as the case brings him closer than ever to the nature of true evil, a reluctant Luther must also face the ghosts of his own past. Striding back into the line of fire, he must choose whom to protect… and whom to sacrifice. Whatever his next move, it will have devastating consequences for those around him — and change John Luther forever.”

As if the above teaser description is not enough, Neil Cross went on to say that season 5 of the Luther series will be “the biggest, scariest, darkest, most thrilling series of Luther there’s ever been.” So you got this promise from the creator that the season 5 of your favorite show Luther will be the best so far. It will certainly be worth the two and a half year’s wait, so subscribe to a VPN service provider to watch it without any glitch.

Our beloved Idris Elba will of course continue playing John Luther’s character. No other actor can simply put justice to this character. Dermot Crowley will also be back as DSU Martin Schenk, as well as Patrick Malahide as George Cornelius and Michael Smiley as Benny Silver. Wunmi Mosaku from Black Mirror will play the role of new recruit D.S. Catherine Halliday.

Luther season 5 is looking like it will be the best in the series so far. It has great cast members, its director has had several great shows under his name, and the producers are impressive. It will be great to be able to watch this series, and your geographic location should not stop you from doing so.

Watch Luther season 5 with LimeVPN so that you can stream the show online anywhere without a glitch.