Softether VPN vs OpenVPN – Which One is Better for you and Why? 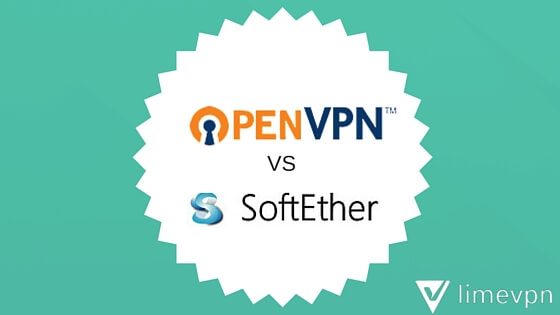 There are several different types of VPN software (virtual private networks) which all have their own pros and cons. This article is going to focus on the differences and similarities of these VPN software types (Softether VPN VS Open VPN)– and believe me, there are quite of few of them which should be taken into account before choosing the best option.

2. How to use Softether?

However, before the actual comparison of the two, we must pay close attention to what actually Softether and OpenVPN stand for. Actually, let’s just focus on SoftEtherVPN as something that is newer and more complex than OpenVPN software.

Softether (which is stylized as SoftEther) is an abbreviation from Software Ethernet and it is at this moment considered one of the most reliable VPN software. Furthermore, many think that it is also the easiest one to use. See below for thorough comparison between SoftEther and OpenVPN.

It is created by a Japanese guy called Daiyuu Nobori, who made it as part of his Master thesis at the University of Tsukuba, Japan. It soon became a very widely used piece of software and his name became one of those worth remembering in the VPN circles.

The first thing that you need to know about it is that it is suitable for Windows, Mac, Solaris, Linux and FreeBSD – basically on all the OS’s which can be installed on your PC (with a few exceptions). Furthermore, the software is really easy to use and will not be likely to create any kind of problem on none of the OS’s.

Secondly, SoftEther VPN is created to be an open source program. This means that it is completely free and that anyone can download it or even change its code for the better (or for the worse). Therefore, if you do happen to have knowledge of programming, this would indeed be an interesting piece to look at and play with it.

Whether SoftEther VPN is better than OpenVPN is a discussion that we will have later, but for now, it is worth mentioning that it is a very good alternative to OpenVPN and Microsoft VPN servers. Due to its unique way of functioning, the sole transition from OpenVPN to SoftEther should be smooth and without any kind of loss. Furthermore, if you have Windows Vista or Windows 7/8, you will rejoice knowing the fact that Microsoft’s SSTP VPNs are also supported by SoftEtherVPN.

One more thing that is good about SoftEther is BYOD (bring your own device) which can be applied to your business. In other words, you can make remote access with VPN to your devices such as smartphones, iPads, etc. L2TP VPN servers from SoftEther will work on Windows, iOS, Mac and Android.

The final thing worth mentioning is the strong resistance that this software has to firewalls. This means that you will not have problems installing the software and its SSL-VPN will do the job of firewall penetration.

How to use Softether?

If you are wondering how to use Softether, you can check out the link and you will find there detailed instructions on Softether VPN setup. It is not a difficult procedure and it takes only a couple of minutes to be installed. However, it is important to understand the basics of the whole procedure and ask for professional help if you do not. 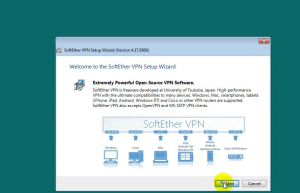 We have reached the most important part of this article – comparison between the two most popular pieces of software which is used for VPN. One thing is certain – each of the two has certain advantages and disadvantages which are worth mentioning but the ultimate victory goes definitely to SoftEther – and here is a short list of differences to prove that.

To sum up, virtual private networks have become popular and there is a whole science that goes behind them. It is up to you to try and understand them as much as possible and eventually find the combination that suits you the best. When it comes to choosing between SoftEther VPN and OpenVPN, I wholeheartedly recommend the former due to the fact that it is newer and faster – apart from all the other advantages that it has. On the other hand, OpenVPN should not be forgotten since it also has its own benefits – it is pretty much configurable and the level of encryption and security is very high. In other words, if you prefer stable and traditional – you might want to choose OpenVPN. LimeVPN supports and favor SoftEther more for the qualities mentioned above. The service that LimeVPN offers can be described in two main words – fast and safe. You can directly download the client for SoftEther here. Of course the software is completely free for download.