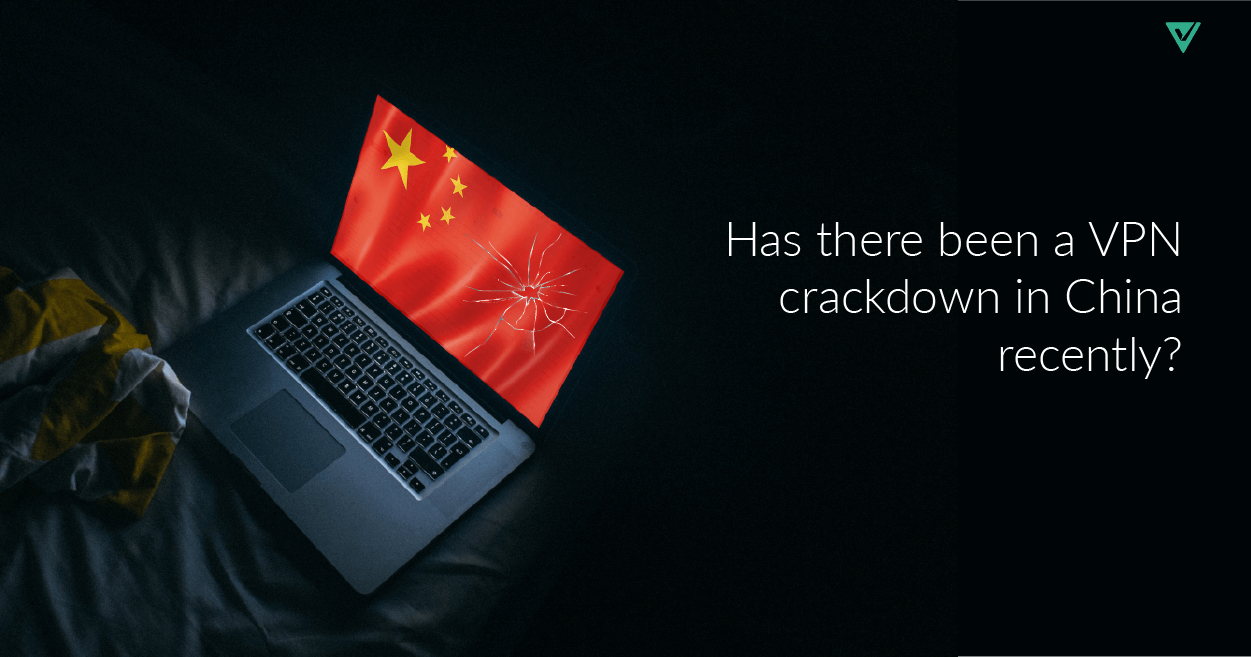 VPN crackdown in China has been doing the rounds in the news of late, stirring lots of speculation among the people, especially those who use VPN. It has led to discussions and debates. Has there been a VPN crackdown in China? If yes then how to circumvent it to access VPN?

2. Has There Been a VPN Crackdown in China?

4. Know Which Protocols to Use for VPN in China

Why is VPN Widely Used in China?

Before we dive into the issue of VPN crackdown, let us have a clear picture of the censorship and the Great Firewall in China that lead to the extensive use of VPN networks in China. Along with these, let us understand how the VPN crackdown can impact the internet viewership and what measures can lessen this impact to get a feasible solution.

China has ever since the beginning of communalism, imposed heavy censorship on internet access for its citizens. This has not just led to the banning of various international social media platforms and websites but has also curbed free access to the internet.

In addition to the ban on private networks, the government keeps track of the online activities of the citizens as a part of the internet censorship in China.

Details such as websites you visit, videos you watch, address where you email, people whom you chat with, files you upload or download and the content which you surf on the internet are being watched over by the Internet Service Providers. Such monitoring by ISP further leads a way to impose censorship by blocking some websites or content zones as is done in China. It is this heavy censorship on online activities as known as the Great Firewall of China.

On the one hand, this censorship has helped to create a monopoly for the Chinese businesses that operate online such as Alibaba, by preventing any international competition, on the other hand, it has restricted the citizens to a minimal area of access.

That is why, to bypass this censorship and to prevent the ISP from monitoring and creating data logs, people prefer to use VPN networks to save themselves from compromising their online privacy.

VPN is thereby widely used to enjoy online privacy as there are no logs kept, and bypass the censorship by unblocking the blocked websites. VPN enables you to easily access the restricted online areas by letting you circumvent government surveillance with high encryption.

Has There Been a VPN Crackdown in China?

As VPN primarily helps people in circumventing government surveillance and unblock the censored content in China, it is much opposed by the government. Users have to connect via VPN to access global social media platforms such as Twitter, Facebook, and Google, which are blocked in China.

It is due to this, China VPN crackdown has happened recently. Although there has been a curb on the use of private networks since quite some time, VPN has come under the scanner due to its massive popularity amidst the folks.

While the government which has forced Apple to take down VPNs from the Chinese App Store in 2017, aiming to direct people for using government authorized VPNs; it is essential to note till what extent has the crackdown curbed the use of VPNs.

A significant crackdown in China has happened since 25th June 2018 which has confused the VPN users whether they would be able to use the VPN networks and how. This ongoing crackdown has been targeting both personal and commercial VPNs. The Great Firewall has been banning IP addresses of the VPN networks on a recurrent basis. But does that stop the VPN access? No, you can access VPN networks by switching the IP address.

Well, a VPN network such as LimeVPN has multiple IP addresses across different parts of the world, and getting a few IPs banned does not affect your VPN network use as you can easily switch to a different IP provided by the network.

VPN protocols such as SSTP, SSH/SHOCKS5, and those which are not entirely blocked such as IPsec, OpenVPN and PPTP still work in China amidst the crackdown as long as you do not attract the attention of the Great Firewall by sharing censored and highly scrutinized the content.

The Way Ahead of the China VPN Crackdown 2019

While political events mostly trigger these crackdowns, it is always advised not to attract any online attention, to get your IP banned by the Great Firewall. Any show, article or website that is censored by the Government due to its content, it is advisable not to share it on any platform to avoid the crackdown on your VPN network.

Sometimes, there might be a situation where your VPN might not work for a day or two but being patient would help you out until the VPN network gets updated to avoid the blocks. Make updates whenever recommended, to enjoy the VPN service by circumventing the block.

Yes, the China VPN crackdown 2019 has happened, and although such crackdowns do happen, still there are VPN that works in China by making constant updates to their system.

Know Which Protocols to Use for VPN in China

IPsec has not forbidden in China. You could use IPsec protocol in China to access VPN as long as the VPN servers of the network that you are using are not blocked per-IP hostname basis. It is easily compatible with most of the devices in China.

Although OpenVPN seems to be blocked as the initial handshake, which is required to establish a VPN connection. OpenVPN can be easily identified by the Great Firewall and can be blocked instantly. You would need obfuscating methods so that the handshake is not detected. This could be done by using TLS pre-shared keys, SSH proxying or by following the custom obfuscating methods.

SOCKS5 protocol works well in China. By using a VPN that provides you SSH and SOCKS5 protocol, you can easily access VPN amidst the Crackdown in China. But you need to make the setup yourself. If you are a technical person, this could be one of the best ways to circumvent the ban.

SSTP is a highly secured protocol which can also be used to circumvent the crackdown on VPN. Since SSTP works over port 443 and it seems like standard HTTPS, it is difficult to get detected by the Great Firewall. By opting for an SSTP protocol, when using a VPN, you can either make setup yourself or opt for SoftEther protocol which provides built-in support for SSTP.

Using a robust VPN network such as LimeVPN, which uses the latest technology and adapts itself regularly to avoid blocks, could provide you with prominent access to the VPN amidst the state-imposed censorship. Get your access to LimeVPN only for $1 with a 30 days money back guarantee.