How To Avoid GDPR Block for EU Users? 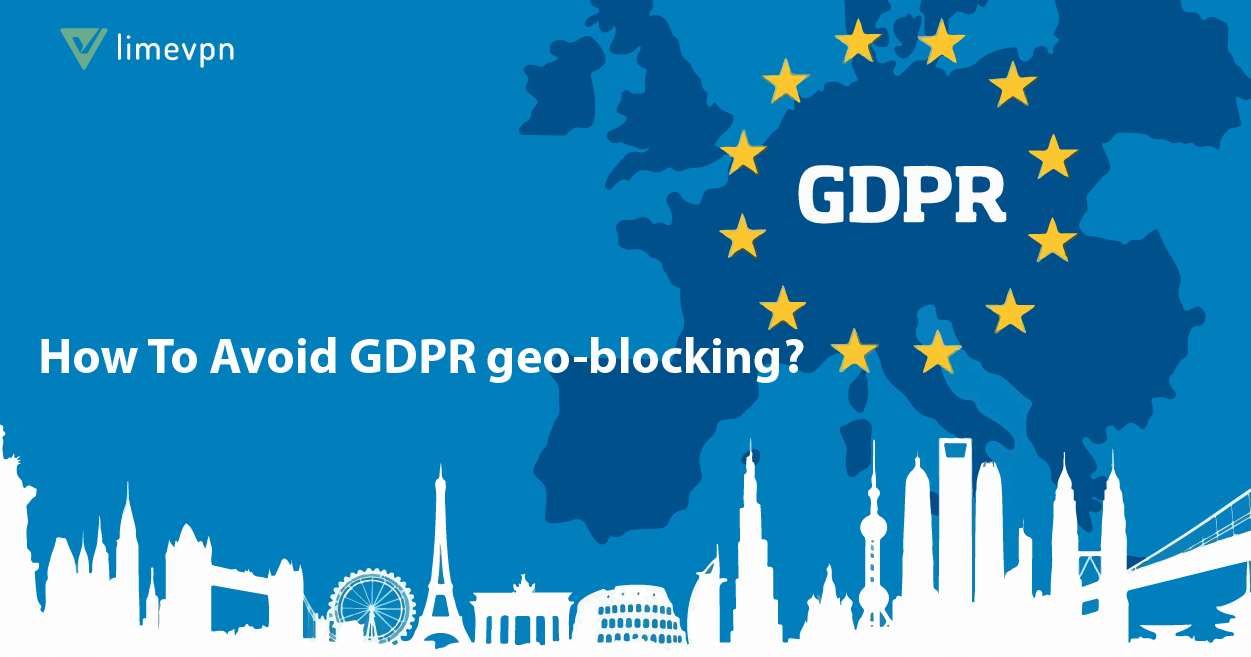 The traditional setup on the Internet is that everyone can access websites from anywhere, except when there are legal implications such as a breach in copyright laws. This was well and good for everyone until May 25, 2018, when the EU General Data Protection Regulation (GDPR) was enforced. Because of GDPR, there is only one set of data protection rules for all companies that are operating in the EU, regardless of their location. GDPR blocks EU users from non-GDPR complaint websites. Possibly to avoid legal lawsuits from EU. Websites all around the world started to block EU users rather becoming GDPR complaint. That is how “EU GDPR block” started.

This means that if you are a company based in the United States but you offer goods and services for people in the EU, then you must comply with GDPR. Failure to do so will mean a hefty penalty of 4% of annual global turnover, up to a maximum of €20 Million. Smaller companies chose to block EU users completely.

How can GDPR be a bad thing: It actually blocks US websites from EU audience.

The General Data Protection Regulation, GDPR, is a set of EU-wide rules for data protection and privacy. According to their website, GDPR has “stronger rules on data protection” and this means that the internet users within EU will have more control over their personal data.

In so many ways, the GDPR is very different from EU’s previous data protection directive which started in 1995. One of the major difference is that GDPR is regulation and is, therefore, binding legislation, everyone must comply with it. The 1995 data protection was only a directive or a set of goals that countries must achieve, but their strategies in achieving the goals may differ. Other major differences are as follows:

At first glance, GDPR looks good as it promotes privacy protection. However, people in Europe are realizing that GDPR has actually limited their freedom on the internet. They are finding out that they cannot access certain websites, causing irritation and frustration. This is because more and more companies are choosing to cut their services in the EU rather than run the risk of violating the GDPR and be penalized. As a result, some websites are no longer accessible in the EU. Blocking EU users GDPR, in effect, has become more of censorship rather than a privacy ally.

Geo-blocking is the process of restricting or blocking all traffic to a website from a specific geographical location. For instance, you may receive a message that says “This video is not available in your location,” when trying to watch a show that is available only in Canada. The location is determined by the user’s IP address, and this is commonly used by entertainment companies such as Fox and Paramount Pictures, and video streaming platforms such as Netflix, YouTube, and Hulu, in order to avoid copyright infringement.

What GDPR EU Block Is

In the case of websites who stopped catering to EU countries because of GDPR, they have blocked all EU IP addresses. When the particular website detects that the user’s IP address is from an EU country, they will automatically restrict the user from accessing the site’s content.

Use VPN or Proxy to bypass EU GDPR Block

How to Circumvent GDPR EU Block

GDPR blocking of EU users can be bypassed the same way that the geo-blocking employed by entertainment companies and video streaming platforms can be bypassed. This is by hiding or masking the user’s IP address and replacing it with an IP that is not associated with the blocked location or country. To bypass GDPR geo-blocking, you, therefore, need to hide your EU IP address and replace it with an IP address from a non-EU country. How can this be done?

This is where a Virtual Private Network (VPN) and proxies come in. These two technologies connect you to a remote network so that all traffic that comes and goes within your network passes through this remote network. Also, a VPN and a proxy can hide your IP address, and they can, therefore, make the internet traffic that comes from your computer appear to be from somewhere else. When you use any of the two to bypass GDPR blocking EU traffic, you will appear to be from somewhere else rather than in a EU territory.

However, when it comes to using proxies, this is where the similarities end. Proxies merely act as a middleman while a VPN takes all traffic and encrypts all these communications between your computer and the servers it connects to, making it a more secure and safer choice to bypass any type of geo-blocking.

Internet freedom is not handed to users in a silver platter. Rather, users need to be proactive in protecting themselves, staying anonymous, and in attaining freedom on the internet. Whether it’s freedom from surveillance, cookies, or even GDPR, a VPN is the ultimate solution that anyone can use. LimeVPN offers its users both VPN and Proxy.