Facebook Said to be Testing Feature to Prevent Impersonation 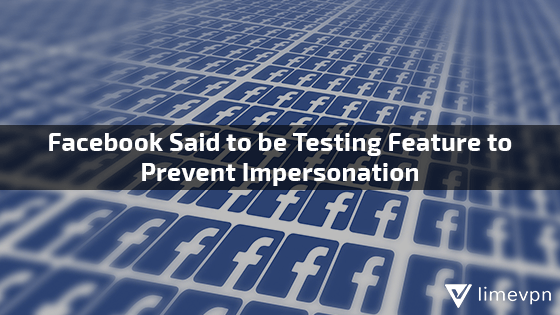 4. How the Feature Works

In the testing phase since November 2015, a feature named Impersonation Checkpoint that will alert Facebook users of doppelgänger accounts is now live in around 75% of accounts across the world. The feature is set to automatically notify you if it detects that another account is attempting to impersonate your own by using your personal details, profile picture etc.

Account duplication with the intention of impersonation has been a security concern on social media since its inception. With the rise of social networks such as Facebook across the world, the threat too has escalated and has become a very real concern.

For example, fake accounts may be set up from which the impersonator then sends out messages to the family of the user requesting for money etc. Or posts may be made on behalf of the user and the user bullied before they are taken down. Cloning also leads to “friend requests” being sent to the user’s friend list, some of whom are bound to accept it owing to the familiarity of the profile. The personal information of the user’s friends could then be misused by the impersonator, thus putting one’s entire social circle at risk.

Surveys lead the company to believe that such duplicate accounts are lower in developed markets. Also, roundtable discussions held around the world involving NGOs, activists and users showed that the threat perception was high among women, particularly in developing countries where it has social and cultural  ramifications. The new feature will help Facebook users around the world feel safe while using the platform.

Over 83 million Facebook accounts are estimated to be duplicates. They come in broadly three different garbs, and these are:

This third type of duplication is what Facebook seeks to address with its new feature.

How the Feature Works

The new feature, which will use the social network’s advanced facial recognition system, is set to inform the user if another one crops up which uses the identical profile name and profile picture. The user then has to either provide personal information which will allow the network to identify the profile as a fake or authenticate it as a genuine one belonging to another individual.

Although the initial notification to the user itself is automated, what comes after it is a manual process. Following the automated alert to the user, all accounts which are confirmed to be fakes by the user will be flagged. They will then be manually reviewed by Facebook.

While the programmers are hard at work bringing you the security you need to surf free on the world wide web, there are several simple steps you can take to ensure a considerable amount of safety from identity theft in the absence of additional features.

While these steps will limit your exposure to harm for now, word has come from Facebook’s Head of Global Safety Antigone Davis that they are expanding the availability of the feature in the near future and that should have you better protected soon !

These posts might be of your interest as well: