What is Onavo? – Facebook’s VPN’s Service

If you are an iOS app user, you may have noticed a new menu item on your Facebook app which is labelled as “Protect”. When you click on this menu item, you will be redirected to an app store where you will be asked to download Onavo, Facebook’s very own Virtual Private Network service. 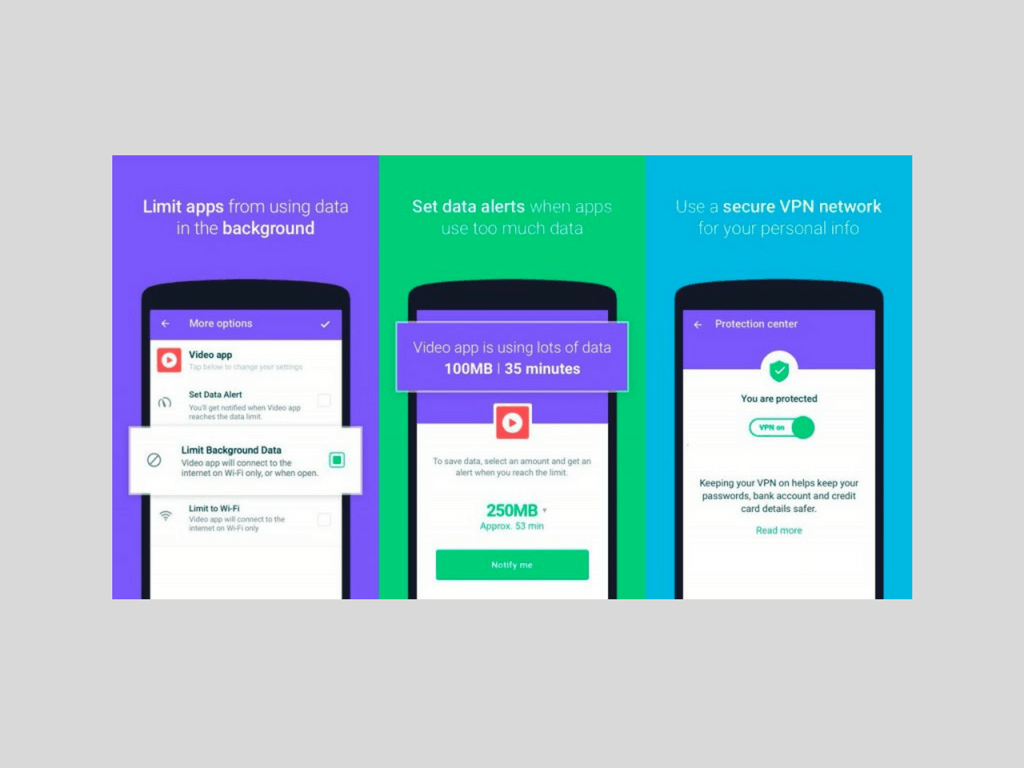 For Android users, this option is not yet available, and this is a blessing in disguise. We at LimeVPN do not recommend this particular VPN service. Hence, we are explicitly asking you not to download Onavo, and we will tell you why in this article.

Onavo is originally an Israeli company providing analytics services for mobile apps. It was founded in the year 2010 by Guy Rosen and Roi Tiger. The company had two series of funding: Series A in May 2011 from Magma Venture Partners and Sequoia Capital in the amount of $3 million; Series B in the amount of $13 million this time from Horizons Ventures, Magma Venture Partners, and Sequoia Capital. 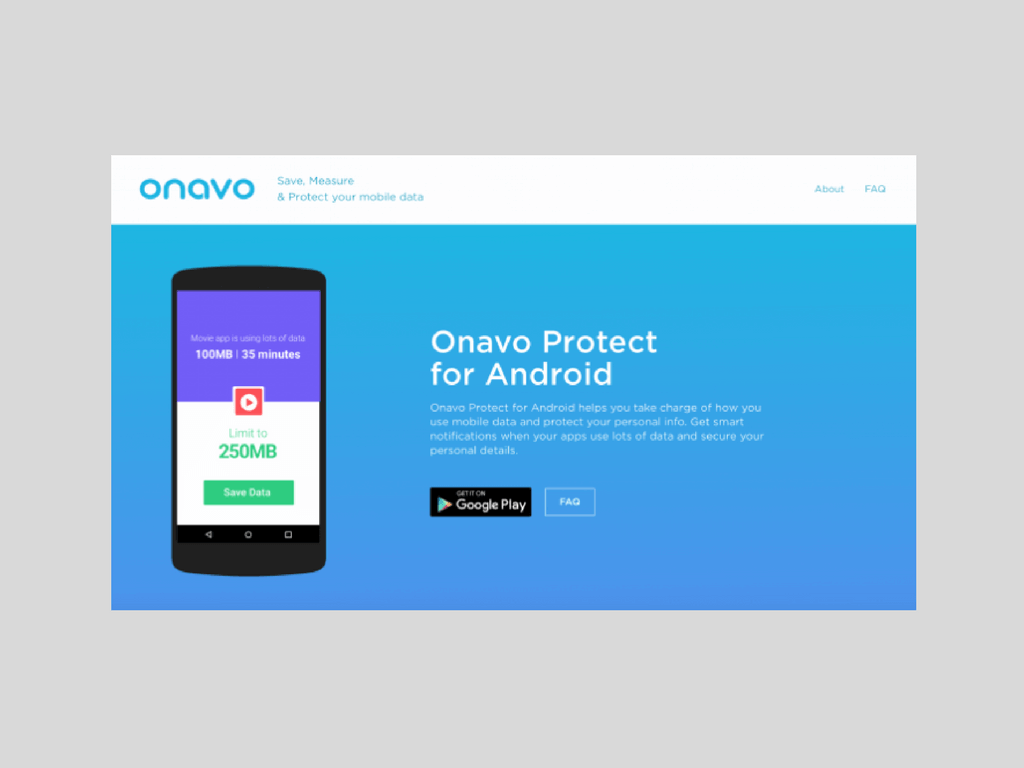 The company was sold to Facebook in 2013, but even before that, Onavo had received a number of awards from different award-giving bodies. Onavo won the first prize at the Mobile Beat Conference in 2011 which was hosted by VentureBeat. Onavo was also awarded as the Most Innovative App at the International Startup Festival in the same year. In addition, the company was made the Best Mobile Startup by The Next Web.

These series of achievements had probably attracted the attention of corporate giants, prompting Facebook to buy the company. 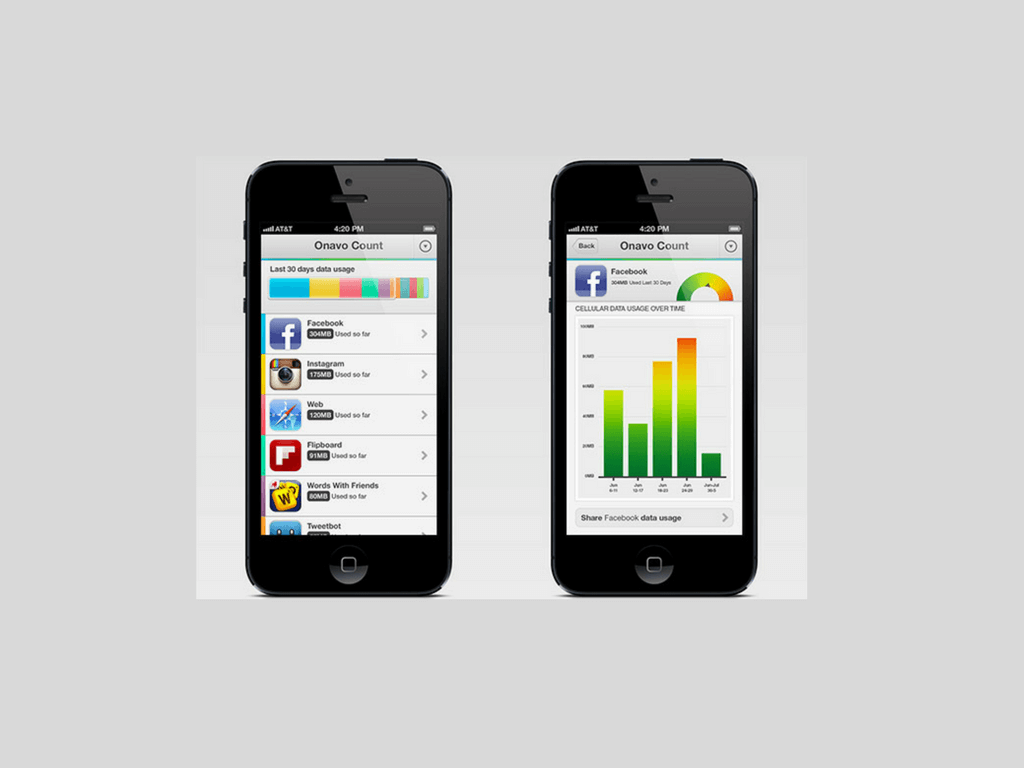 Onavo has three applications that fall under the category of consumer-oriented products. One is Onavo Count which is an app that tracks and calculates your bandwidth usage per app. Another product is Onavo Extend which is a VPN service used in data saving such that your limited data can be utilized more wisely. Lastly, there is Onavo Protect, which is another VPN service used primarily for security and protection of your personal information.

Onavo is a corporate spyware

This part right here is what led many to believe that Onavo is indeed a corporate spyware. The data they collect and analyze is from its own consumer virtual private network product called Onavo Extend and Onavo Protect. 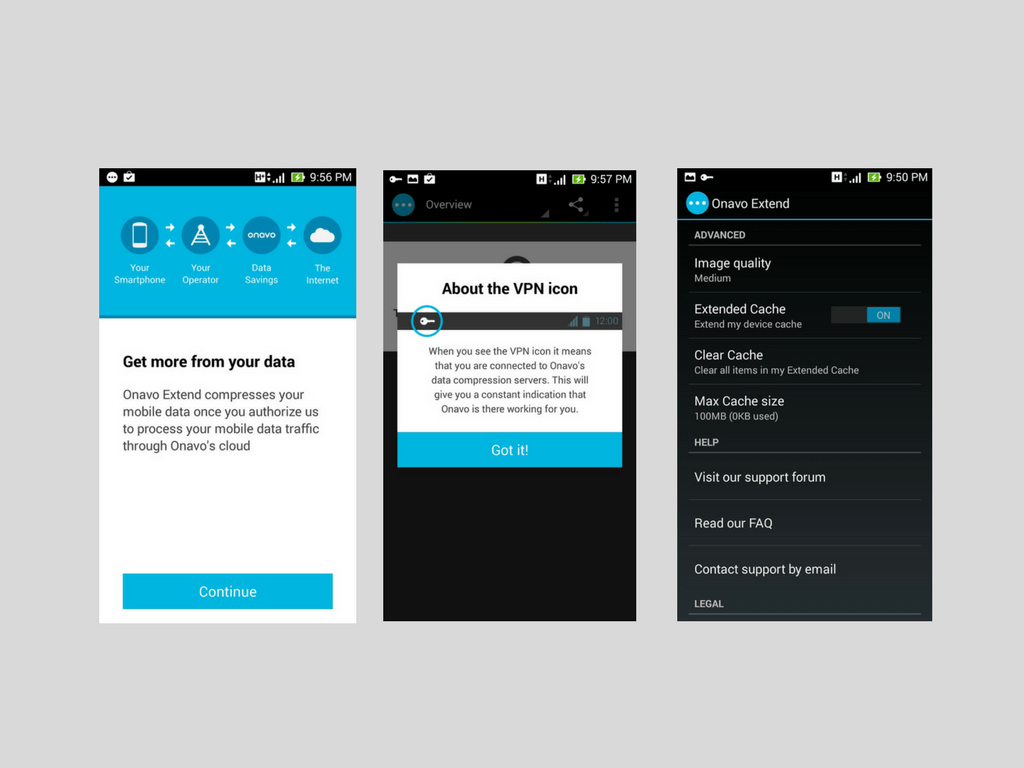 On its own, Onavo can be seen as using its easy VPN products to spy on consumers in order to track their online habits. The information that these VPN services collect is then passed on to Onavo’s analytics service arm.

Facebook came into the picture in October of 2013 when it bought Onavo for an undisclosed amount of money. The outcry of a lot of people is that Onavo is masquerading as a VPN Facebook service, but in reality, Facebook is using Onavo to track the habits of its consumers and competitors.

This suspicion was confirmed in August 2017 when the Wall Street Journal exposed the fact that the data collected by Onavo Extend and Onavo Protect were used by Facebook to monitor the performance of its competitors and start-ups.

As a matter of fact, Onavo was the reason why Facebook knew of Snapchat’s predicament even before the company announced the decline of their customer base. The analysis done by Onavo was also the main influence in Facebook’s decision to purchase WhatsApp.

When you use Onavo – and we don’t recommend this at all – notice that its terms of service already state that you, as the user, agree that the data you use in websites and applications can be collected and used to improve the products and services of Facebook.

What a VPN is and what it is not

To those who are still wondering what the fuss against Onavo is all about, perhaps it is best to explain what a virtual private network or a VPN really should be, and what it should not be. When using a VPN network, your computer will need to connect to a third party server before finally establishing a connection to the website or application you are trying to access.

The purpose of the third party server is to hide your real IP address, thereby hiding your true identity as well. The benefits of using best VPN service are the following:

These are just three basic benefits of using a VPN network – anonymity, privacy and security. A VPN is a great way to maintain the freedom that should be enjoyed by everyone using the internet. This freedom, however, is being threatened by advertisers and corporations that employ tactics that can help them track your online habits just to improve their sales. 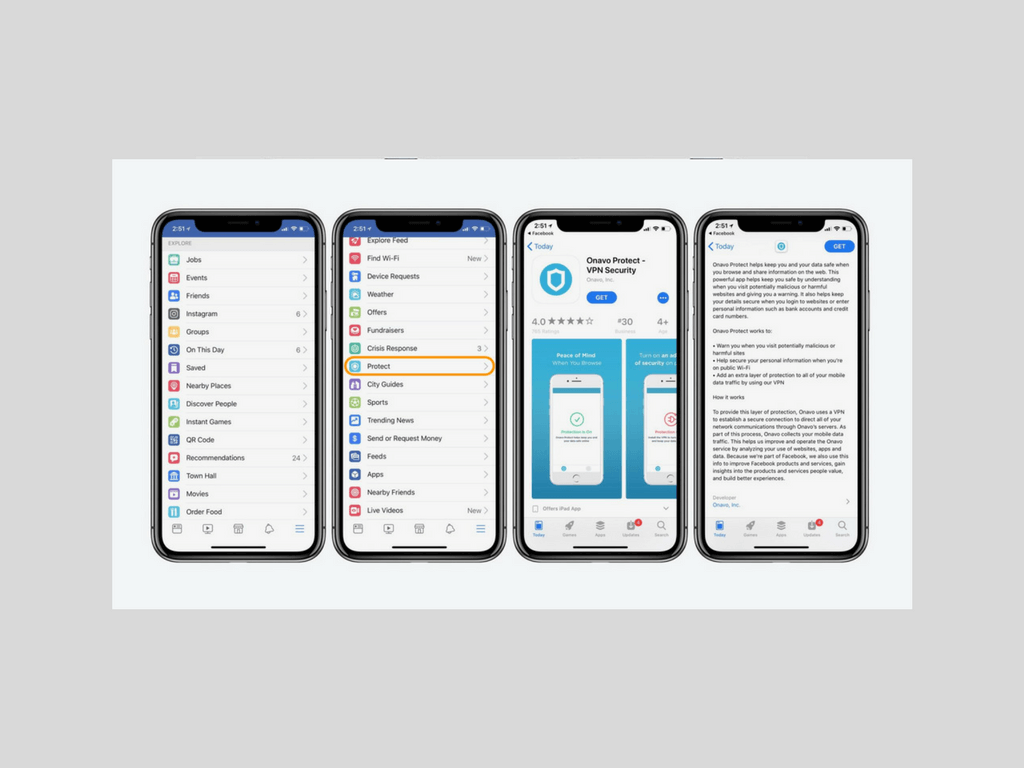 Onavo is just one of the methods employed by Facebook and other corporate giants. Onavo is positioned as a VPN service, but it really is not because of the following reasons.

Onavo is the opposite of what a virtual private network service should do for you. Although it is still a VPN in the sense that it still connects your computer to a third party server, it simply is unable to protect its user’s personal information. It is bound to put the needs of its owner (which is no other than Facebook) first before yours. Therefore, we ask you not to download and use such vampire-like VPN service.

There are thousands of VPN providers to choose from anyway – VPN providers whose sole reason for existence is to really and truly protect your privacy and give you security. We at LimeVPN, along with many other “real” VPN service providers, aim to maintain the freedom that everyone should enjoy in the digital world.