How to Keep your Social Media Profiles Safe? 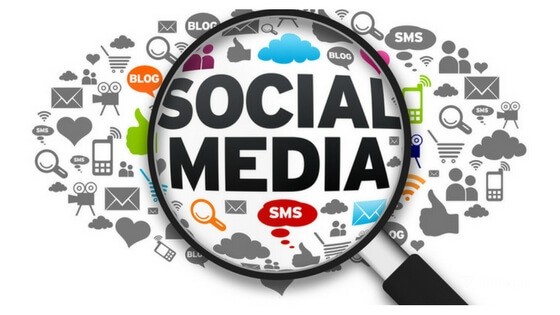 Social media have become a part of our daily routine and, whether for job or satisfaction, we are depending heavily on them. As a matter of fact, if our accounts become hacked and our information stolen, it could have catastrophically bad consequences and could indeed ruin our lives.

The reason for this level of pessimism is because most of the people do not even follow the basic rules that are needed in order to protect themselves. Instead, they seamlessly create tens of thousands of profiles every day, interconnecting them to each other, thus revealing all the information about them willingly.

So what are actually those things that everyone should know and that can save our lives?

Carefully choose the apps and always read what they access

The thing is – our profiles constantly interact with tens of other apps that require access to certain information from your social media. By allowing them to access, they give you something in return that was the primary purpose of those apps.

However, not all of the apps have good intentions and they can use your data for doing you harm. How can you spot apps such as those? Well, whenever you plan to download and install a new app, you need to check their rating and comments. If they are positive and the overall score is good, than you do not have to refrain from downloading.

However, even comments and ratings can be faked by certain bots and algorithms. Therefore, the best thing to do is to simply avoid suspicious apps and stick to those that millions of people use worldwide and that respect your privacy.

Passwords are the key thing to security and you should never feel lazy when you need to create a new one. Simply putting your name and 123 is not enough because the hackers have algorithms that can go through all these basic patterns of password creation until they know yours.

There is a story of a company that used passwords with a pattern. For example, if your employee email was johnsmith@email.com, your password was automatically smithjohn1. This led to a high-scale hacking scandal and the company was shut down.

Therefore, in order to come up with a strong password you need to have both upper and lower case characters, at least three numbers, at least one special character and your password should be at least 8 characters long. When you have it, try your best to remember it.

Virtual private network is simply a tool that will add additional layers of security to your social media accounts. For example, if a hacker is onto your IP address, you will have them confused with VPN, because your real IP will then become virtually untraceable.

Another important reason is the end to end encryption that a VPN provides. This means that if you send and receive files via your social media accounts, no one will be able to intercept them except the person who sent them and the person to whom the files are being sent to.

The most important reason why you should have a VPN protection is to protect your data from the enormous evil of which the internet users are unaware and which is called public Wi-Fi.

There are other uses of VPN which can help you access Facebook and other social media all around the world. Certain countries, such as China, block the usage of Facebook in their country. However, with the appropriate LimeVPN support, you can still be a part of the Facebook community.

The battle between malware and hackers on one side and antiviruses on the other still rages on. This is exactly the reason why there are so many updates and so many different antivirus programs. If you do not have one, it is about time to get it because not only social media but the whole World Wide Web is completely insecure without it.

Of course there are paid and free antivirus programs. The difference between them is in the efficiency with which they clean up infected files. For example, most of the free ones will just quarantine the files but not actually try to heal them.

There is not a single piece of antivirus software that incorporates all of the things that you should have to be fully protected. You can just see for yourself which aspect of antivirus you would like emphasized and plan it according to your budget.

Authentication should be set to two levels

The password, however difficult, can always be cracked, if an experienced hacker decides to enter into your social media account. Although you may not experience it constantly, you can still become a pretty easy target for such an attack anytime. This is why most of the social media have the two-level authentication for you to solve.

The first level is, of course, the password. You have to get it right and be able to go to the second level of authentication which you previously had to turn on. There are several different second-level authentication processes that you can choose. You can have a special code sent to you on your phone number which you will have to input in order to log in or you can have the site ask you the special question. The special questions are set when you register and they are something unique that only you know.

Use a piece of software to remember your password

There are numerous apps that work more or less in the same way – you put all your passwords in there and lock them under a big password that only you know. It may seem like a futile attempt to replace the good old notepad, but it actually makes your life easier because some of them, such as LastPass, are smartphone apps and they let you access your passwords everywhere.

To sum up, most of the people do not know even the simplest measures of protection on social media and these 6 things can significantly decrease the probability of being hacked and have your information stolen. The best way to stay protected is to respect all of them because although these stories now seem like a b-rated sci-fi movie to you now, it will be too late to protect yourself once it becomes a part of your reality.